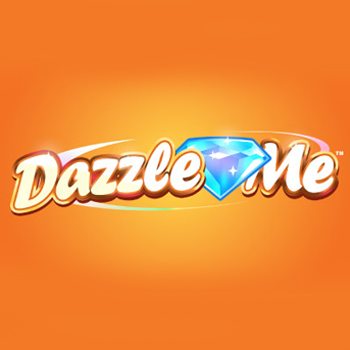 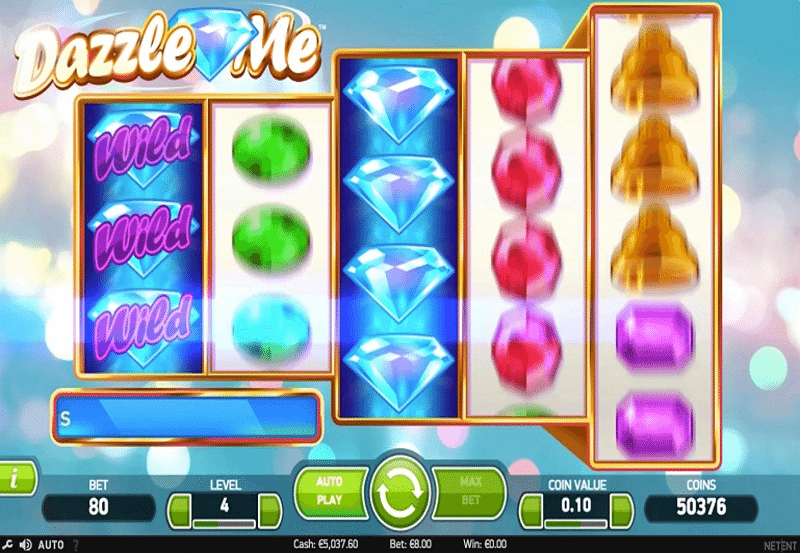 It’s hard to believe it’s already been a year since the launch of NetEnt’s Dazzle Me – where on Earth has the time gone? But enough of that for now – Dazzle Me was a real summer smash hit of 2015, having immediately generated discussion with its unusual 76 paylines. Why 76? Well, reels one and two have three rows, three and four have four rows and the fifth reel has five. Again, why? Just to mix things up? Perhaps, but whatever their reasoning, it seems to have worked.

It’s your classic story of glittering jewels and gems, interspersed with playing card values and a few traditional pub-slot symbols for good measure. Coin values range from 0.01 to 2.00 and while the 76 paylines are fixed, you get to choose your bet level from 1 to 10. Whatever you bet is multiplied 20X, and then multiplied again by your bet level. If you want to bet big on every spin, you’ve come to the right place!

Land three sapphires or emeralds in a row and you’ll be looking at a win worth 3X your wager. If your lucky stars are out in force, you might hit that dazzling 200X jackpot by landing five ‘Lucky 7’ symbols in a row.

The ‘Dazzling Wild Reel’ feature can activate at any time, covering one or more of the reels with diamonds that also happen to be the wild symbol. The wild is good for standing in for any symbol in the game, apart from ‘Free Spin’.

It’s while playing with free spins that the bonus feature ‘Linked Reels’ activates. This results in the first two or second two reels linking together with each spin and becoming identical – thereby increasing the odds of landing a winning combination.

On the whole, it’s hard to take anything away from Dazzle Me as while the theme is more than a little familiar, the Linked Reels feature really does stand out as something special. It’s a shame coin values start from a relatively steep 0.20 once all the multiplication has been done, but it’s not as if this isn’t the way thousands of other slots already do business.

Dazzle Me might not become your all-time favourite, but you’ll be more than glad you stopped by for a spin or two!