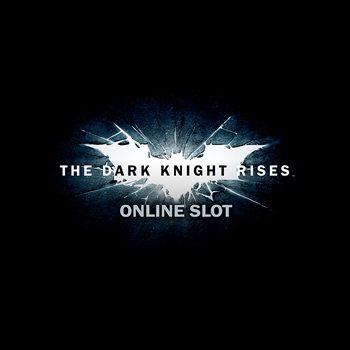 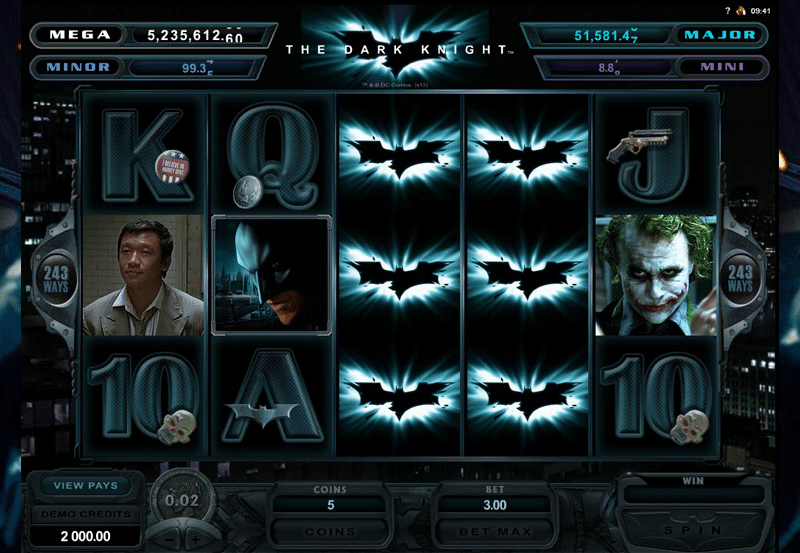 One of the most iconic and impressive of all movies to come from the Batman franchise, it was really only ever a matter of time until The Dark Knight made an appearance on the video slot scene. In this instance, Microgaming scored the rights to make it happen and clearly wanted to keep its as closely tied with the movie itself as possible. Nevertheless, doing justice to such an epic movie with an online slot represents the kind of challenge that even the best in the business don’t always succeed at. Did they get it right with The Dark Knight?

As far as we’re concerned, yes…yes they did!

Covering the basics first, The Dark Knight is a 5-reel, 243-pay line slot which (as already mentioned) is themed around the movie. One immediate point of appeal for this particular slot is the way in which it serves up the possibility of playing for a whopping four progressive jackpots. This might mean that there’s no option of playing for free, but when there’s this kind of money on the line…well, what else would you realistically expect?

As for visuals, it certainly lives up to its name with a predominantly dark and undeniably sinister vibe. Cartoon characters are out of the equation and the symbols are for the most part taken directly from the movie – including the terrifying Joker played by Heath Ledger. You can bet from as little as 0.01 to up to a maximum of 2.00, along with how many coins you want to put on the line between one and 10. And of course, more coins of a higher value mean the possibility of bigger jackpots.

The lowest payout you can take home from The Dark Knight is 2X your wager, which is achieved by lining up three jacks or tens. If you find yourself a suite three Chin Han symbols, you’re in for 10X your wager. And should you be lucky enough to line up a full five Batman symbols, that’s a seriously impressive 4,000X payout.

In terms of the progressive jackpots on offer, these come in the form of Mini, Minor, Major and Mega – four to play four in total. Depending on whether Lady Luck is on your side, you might find yourself looking at a cool million coins is you it the Mega Bonus, or a still not-too-bad 10 from the Mini jackpot. Scatter symbols are represented by the Joker, while Batman himself takes control of wilds.

Pulling all the pieces together, The Dark Knight delivers the kind of package that’s very difficult to find fault with. It’s definitely not the most feature-rich slot you’ll find on the web today, but you nonetheless get the impression that they have focused on quality rather than quantity. And when you consider the fact that there are such huge jackpots to play for, it’s definitely worth checking out!