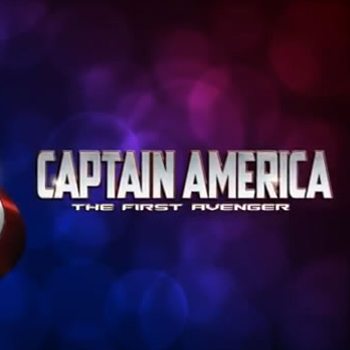 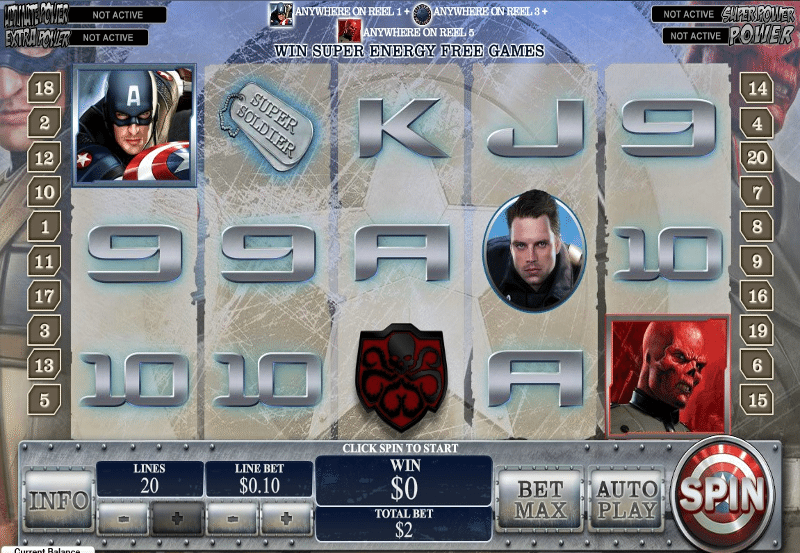 Playtech’s world famous Marvel-based slots have been doing the rounds for quite some time now and have an enormous following to say the least. Which makes it quite ironic that Captain America: The First Avenger was actually one of the most recent additions to the collection, having joined the party far later than most of his counterparts. Still, they say the very best things come to those who wait, which given how outstanding most Marvel slots from Playtech have been so far sets expectations for Captain America: The First Avenger rather on the high side.

The question being, does it measure up?

Well, the first thing we want to get out of the way is our personal guarantee that even if you have no vested interest in Marvel superheroes, this doesn’t mean you won’t get a serious kick out of this range of online slots. In every way, they are among the very best available and are generally packed with more features than a dozen lesser rivals.

In the case of Captain America: The First Avenger, it’s a relatively standard affair by way of the five reels and 20 available pay-lines, but the extraordinary visuals and soundtrack instantly tell you you’re onto something special. You can bet from 0.01 to 5.00 per line and the whole user interface is delightfully simple to get to grips with.  Place your wagers, hit the ‘spin’ button and find out whether good or evil happens to be on your side today!

Find yourself looking at five Red Skull symbols or Captain Americas at the same time and you are looking at a jackpot of a whopping 5,000 your wager. In order to hit the lowest possible payout of 5X, you’ll need to line up three tens or nines. Along with serving as the jackpot symbols, the Red Skull and Captain America are also wild.

Features come thick and fast – wins being automatically doubled if they contain a wild symbol. The scatter symbol takes the form of ‘Captain America Adamantium Shield Symbol’ is a scatter symbol, of which you only need to hit two in any position for a tasty reward.

If you’re lucky enough to find your way into the ‘Super Energy Free Games’ feature, you begin with four free games and then have a bunch of ‘power-ups’ to play for, which can seriously increase your wins.  These include:

And of course, the fact that Captain America: The First Avenger is also part of the extraordinary Marvel Progressive jackpot system means that there is always the chance of taking home what could be a genuinely life-changing jackpot.

As you can probably figure out therefore, Captain America: The First Avenger stands head and shoulders above quite a few rivals in almost every department.  But then again, the fact that it forms part of one of the most highly acclaimed and celebrated online slot collections ever released makes this anything but surprising.