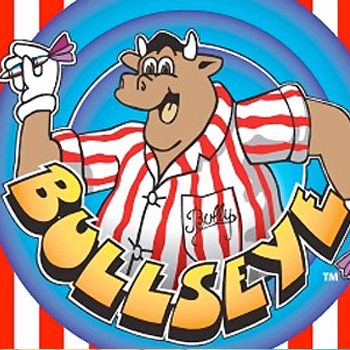 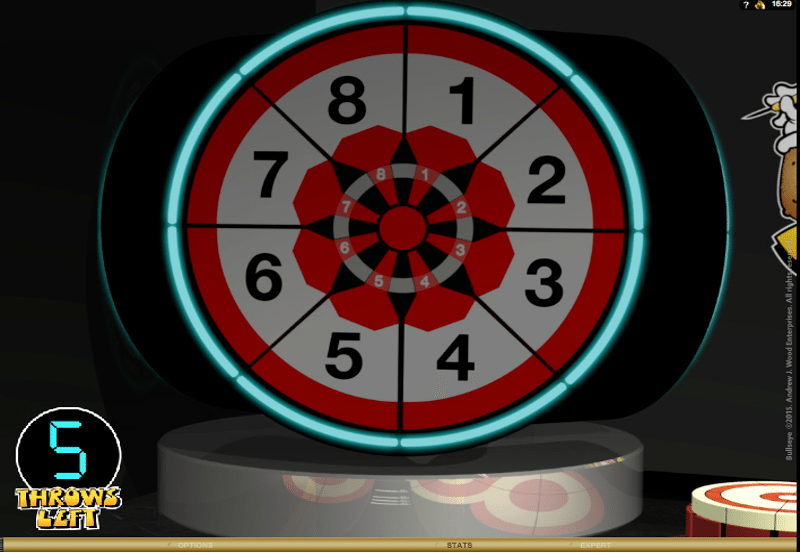 There are some TV gameshows from the 80s that even in 2016 are so much better than anything currently on the box. Suffice to say, Bullseye pretty much tops the table in every way. Hosted by the legendary Jim Bowen who seemed to fluff more of his performance than you’d have believed possible, it was the show that made darts both cool and interesting for the masses. And with the brilliantly cruel “let’s have a look at what you could have won” ritual for those who went home empty-handed…well, it was and always will be a one-off lesson in how epic TV gameshows really can be.

The closest you’ll get to Bully right nose is the Bullseye slot from Microgaming – a five-reel slot with 243 paylines and all the sights and sounds you’ve been missing. All the most iconic sights from the show are here – Bowen’s glasses, the crap caravan that was usually the top prize, piles of cash, speed boats and so on. Coins can be set at 0.01, 0.02 or 0.05 and will always be multiplied 30X. When you’re ready to play for your bus fare home, hit the button.

Five Bullseye logos in a row is good for the normal play jackpot of 500 coins, while a trio of spectacles or plastic Bullies will not you 3X your wager. The Bullseye logo is also the wild and is good for taking the place of any other symbols, apart from the Bonus and free spins symbols.

A cash prize is paid instantly upon landing three Bonus symbols or more at any positions on the reels. The ‘Bully’s Prize Board Bonus’ game is activated by landing bonus symbols on the first and fifth reels at the same time. During this bonus round, you’ll throw darts to pick up multipliers starting and 2X and going as high as 5X – five darts to throw per bonus round.

Free spins are triggered upon hitting three scatter symbols or more at any position on the board, which can be re-triggered. During free spins, all wins are multiplied 3X.

You’d have thought that creating a slot like Bullseye would be a no-brainer, but it’s actually pretty brave to try and do such legends of 80s television justice. In this instance, we’re thrilled and relieved to say that they’ve gone and pulled it off. In terms of nostalgia alone, Bullseye scores top marks. But the bonus games and features are also solid enough to make it a winner. It might not look the most polished and impressive slot visually, but then again, nothing was in the 1980s!