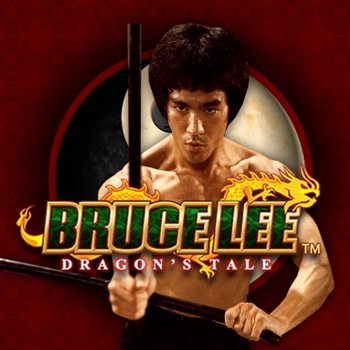 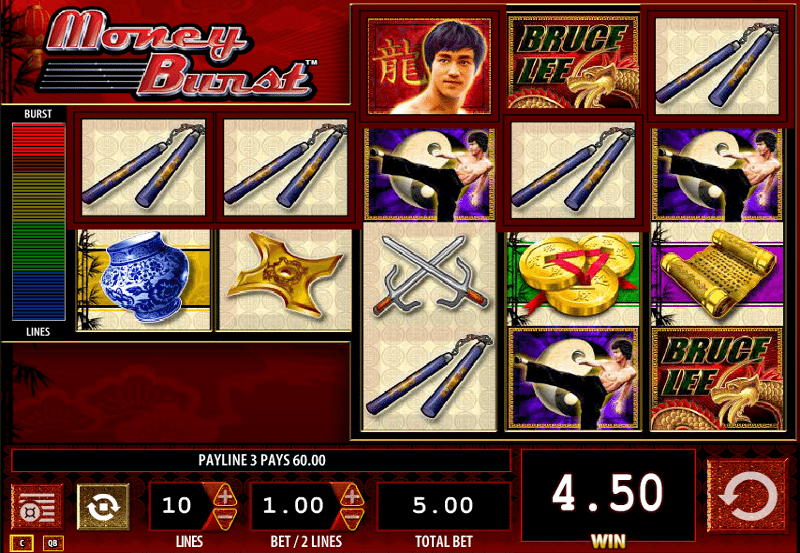 Would Bruce Lee genuinely approve of a virtual slot being created in his name/honour? It’s an irrelevant debate in any case, as the folks at WMS (Williams Interactive) decided to go and produce exactly that. And it’s not just a virtual slot either – Bruce Lee is modeled directly on one of the most popular video slots you’d find present and correct in hundreds of big-name casinos all over the world. The legend of the man himself is well known and he needs no introduction, but how does Bruce Lee stand up in the online slot battlefield?

Well, you certainly have to give credit to WMS for experimenting with something a little on the unusual side. For their famed Bruce Lee slot, they decided that there should be two rows for the first two reels, followed by four rows for the next three reels. The result is a total of 60 possible pay-lines, which can be selected and played for in multiples of 10. Coin sizes can be chosen from 0.01 to 2.00 and one coin is good for two pay-lines. Which in turn means that if you hit a win, your prize is calculated in accordance with the win line and your coin size, summarily divided by two.

Why did they decide to go this way? That’s another of the many questions we really cannot answer, though the appeal of having one coin working across two pay-lines is certainly appealing. It’s not as if it necessarily improves your chances of scoring a big win, but it’s certainly a novel twist on the usual way of doing things.

Unsurprisingly, Bruce Lee himself represents the jackpot symbol you’ll be hoping you see plenty of. If you’re lucky enough to hit five Lee symbols in a row, you’ll be in for a win of 100X time your wager. Most of the other symbols feature a wide variety of weird and wonderful weapons, which when hit three in a row are good for a 2X win.

Another reason to hope for a guest appearance by the man himself is that Bruce Lee also happens to be the game’s wild symbol – good for replacing any symbol at all, with the exception of the feature symbol. On that note, the bonus feature can be unlocked by landing on the red and gold treasure chest, which as you’d expect is infuriatingly elusive.

Up to 20 free spins are up for grabs when all symbols on the first two reels match and there’s at least one feature symbol anywhere on reels three, four and five.

True to its martial arts origins, Bruce Lee is an extremely energetic and volatile online slot experience. It’s not exactly the most feature-packed slot you’ll come across and nor do the visuals necessarily stand up by today’s standards.  Nevertheless, the fact that it is lifted most entirely from a hugely popular real-life Vegas slot means it’s certainly authentic and well worth checking out.