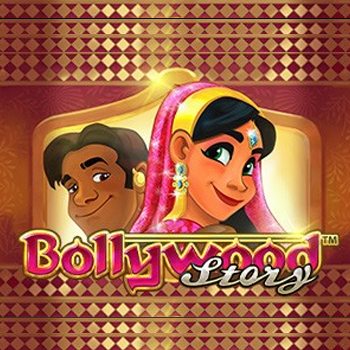 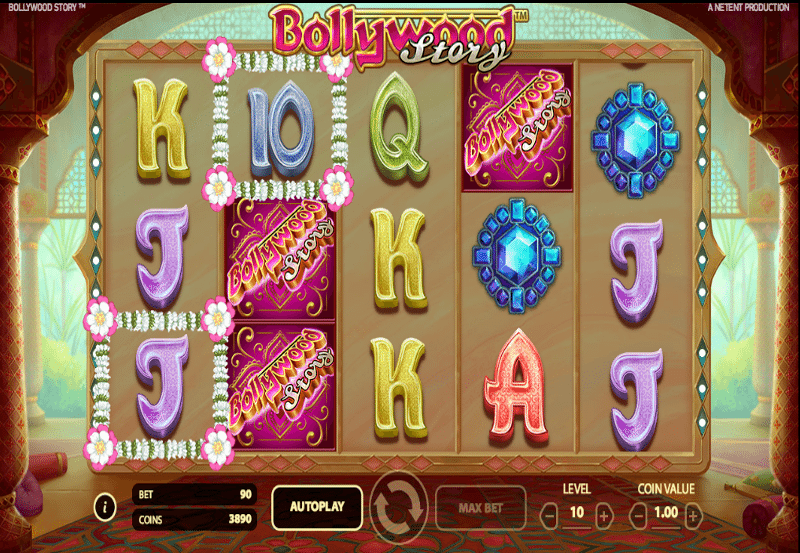 An exotic fusion of Bombay and Hollywood signed, sealed and delivered to you personally from the folks at NetEnt. If you’re still to catch a Bollywood flick in person, you should probably stop reading this review right now and go see one.

Nothing short of a feast for the senses, Bollywood movies are incredibly vibrant, colourful, energetic and borderline intoxicating. It’s usually quite a predictable story – boy falls in love with girl, girl isn’t interested, boy moves heaven and earth to change her mind and all the while the whole world around them is singing and dancing. Happy endings aren’t always guaranteed, but it’s odds-on you’ll come away smiling!

As for Bollywood Story, it’s probably fair to say that it comes across as less serious Bollywood and more Disney-eque. There’s the usual mix of a stunning female, ultra-masculine male and two of the grumpiest-looking parents you’re ever likely to see. Playing card symbols also make an appearance and there nine fixed paylines in play at all times. Choose a coin size between 0.01 and 1.00 then hit the spin butting to begin dancing yourself to victory…perhaps!

The ‘Bollywood Story’ logo could see you take home the biggest jackpot up for grabs at a whopping 1,000X your bet – if you land five in a row. The lowest possible payout is that of three of the same playing card values, which equates to 3X your wager.

With each spin, a series of frames hover over the symbols and determine which will become wilds. These wilds are good for taking the place of all symbols, with the exception of scatters. Speaking of which, the scatter symbol is represented by a number of blue gems, triggering anything from 10 to 35 free spins, depending on how many you land at the same time. Free spins can also be retriggered during bonus play and floating wilds increase in numbers up to a maximum of six.

Which is pretty much where this particular Bollywood Story comes to an end. Which is a bit of a shame, as given the fact that the genre itself is so dynamic and vibrant, you’d have thought they’d have taken things a little further with a slot following the same theme. Sure, it’s pretty, plays well and has healthy jackpots to play for, but it’s quite notably lacking in special features and bonuses. Good for a few spins, but one you’ll probably fall out of love with before the closing credits.