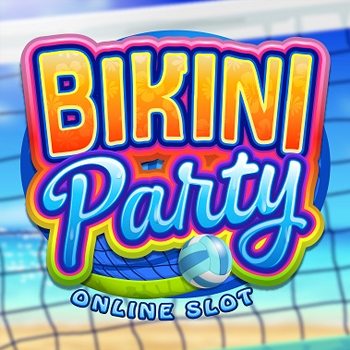 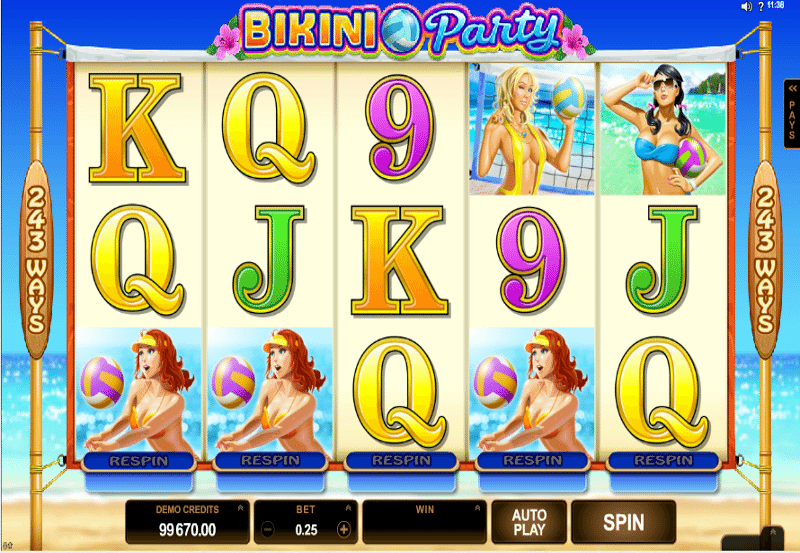 Hmmmm…how to go about an objective review of Bikini Party without stating the obvious? The answer – it’s impossible, so brace yourself as we repeatedly state the obvious! As the name quite rightly gives away, Bikini Party is about boobs, backsides and…well, that’s about it! You sort of get the feeling that it’s the kind of game that really belongs in a bygone decade – it’d certainly have been more impressive in the 70s or 80s. These days though, not only does it come across as a little condescending and patronising, but rather on the lazy side too.

You’re invited to join these five scantily-clad ladies for what’s supposed to be a game of volleyball on the beach. In reality, it’s more prancing and posing than anything else. The sound effects aren’t quite as annoying as they could have been – the sound of the waves is almost soothing. There are 243 paylines in play at all times and you can choose a coin size of between 0.01 and 5.00 – which is then multiplied 25X. And when you’re done, hit the button to try your luck.

The gal in the red bikini is the highest payer and will see you take home a lofty 4,000X your wager, if you land five of her in a row. Tens and nines have the lowest value – three of which in a row equating to a modest 2X your wager. The wild symbol is the Bikini Party logo and is confined to the second and fourth reels only.

The scatter symbol is a green and blue volleyball, which guarantees a cash prize if just two appear at any position on the reels. 15 free spins are up for grabs for landing three or more scatters, which can be re-triggered and see all wins increased 3X during free play. Like a couple of other Microgaming slots, there’s also the option of re-spinning any of the reels independently after each spin, for a fee displayed at the bottom.

And that’s really where Bikini Party comes to end…sadly. On the whole, it’s pretty difficult to come up with anything particularly glowing to say about it as there’s just so little on offer. It’s very limited in terms of features and bonuses, the action feels dull after a few spins and the theme is one that just seems way too dated and obvious. You could say it’s good for those who want to spend a while staring at girls with hardly any clothes on, but you could say the same about 95% of the web!