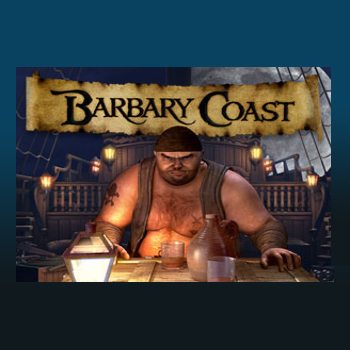 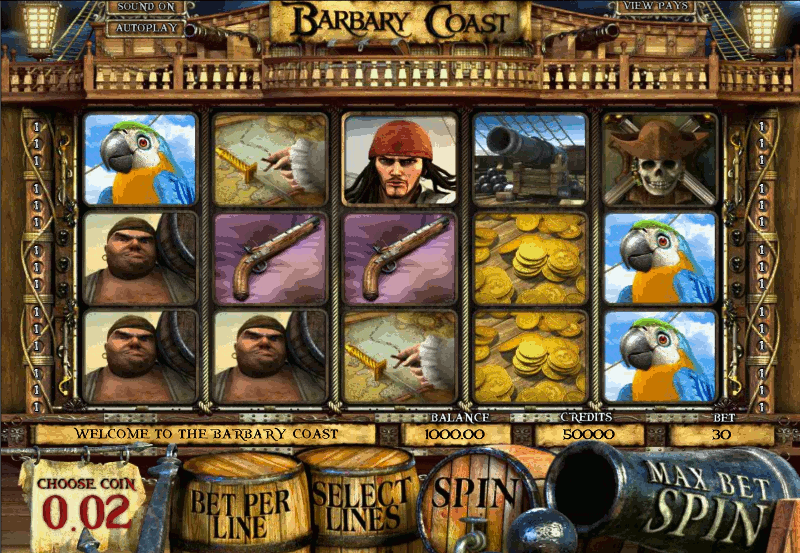 For those interested in swashing their buckles and heartily shivering their timbers…well, it’s not as if there aren’t already about a billion pirate-themed slots out there. Nevertheless, Betsoft’s Barbary Coast remains one of the most popular and celebrated by far, having made full use of the brand’s famed 3D gaming platform and once again delivered the goods in terms of gameplay.

And if you can see past the fact that it looks decidedly more like a Pirates of the Caribbean clone than anything to do with the Barbary Coast, you might just like it!

Captain Ben Sawyer takes charge of the proceedings, bearing a rather uncanny likeness (at least in terms of styling) to Johnny Depp. If you’ve ever played a single online slot in your life, you’ll know exactly what to do from the get-go with this delightfully simple slot.

Coin sizes range from 0.02 to 1.00 and you can choose how many paylines to play for, between one and five. The aim is to line up at least three or more identical symbols starting from the far-left reel, which could net you anything from a handful of change to a king’s ransom in treasure.

Line up five fair maidens in a row and you’ll be looking at a tasty payout of no less than 300X your chosen wager. At the other end of the scale, the lowest you can win is 10X your bet, which is accomplished by hitting three rum barrels.

The scatter symbol takes the form of a parrot, which upon hitting three or more in any positions anywhere on the board will result in free spins being awarded. On a slight downer of a note, it isn’t possible to trigger any other features or further re-spins during free spin play, which is a bit of a bummer. That being said, the free spin count handed out tends to be generous and Polly will let you know how many you’ve won with a series of squawks.

The ‘explosive wild reel feature’ is triggered by landing a cannon symbol on reel three, which results in a portly pirate firing his cannon and turning the central reel totally wild. This fully wild reel then stays as it is while you play your one free spin and see what’s on the cards for you.

There’s also the ‘Dashing Sawyer’ feature which is entered upon hitting three Sawyer symbols, along with the ‘Fight Bonus’ round where the Captain faces off against oh-so nasty Blackbeard with sizeable swag on the line. Oh and we also like the ‘Grog Challenge’, which is basically a heads or tail drinking game.

While there’s no denying the fact that Barbary Coast is showing its age, this doesn’t for one minute mean that it isn’t still a really fun slot to check out. Pirate slots are all much of a muchness these days, but Barbary Coast does at least stand out from the crowd with a pretty hefty array of unique features and goodies.