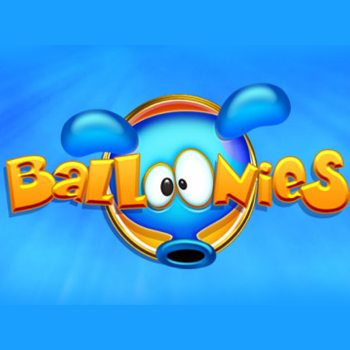 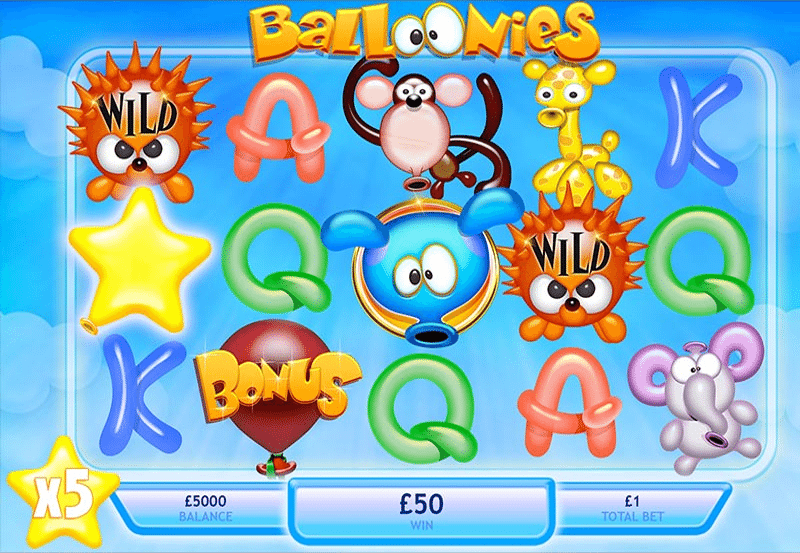 Exactly how much scope is there for creating a winning slot around the theme of balloon animals and other inflatables? The answer – probably more than you’d think, as proven by IGT in the form of Balloonies. Undoubtedly, one of the most original (and borderline bizarre) concepts in terms of slot themes, Balloonies nonetheless works surprisingly well. And not only does it work, but it brings at least a couple of new bits and pieces to the table that give it some serious kudos over rivals.

The symbols take the form of balloon animals including giraffes, elephants, monkeys and dogs, along with playing card values that have also somehow been made with balloon. We have to say that we were won over instantly by the unique floating reels approach, which basically means that instead of the usual spinning reels, the symbols appear from below and rise upwards – balloon-esque. And when you land a winning combination, the winning balloons burst and allow for new symbols to take their place. This means the chance of winning over and over again, no subsequent wins are landed.

There are 20 fixed paylines and coin sizes can be set at anything from 0.01 to 5.00. It’s the usual case of lining up symbols from the left-hand reel in quantities of three or more – hit the button when you’re ready for inflatable fun!

If you’re lucky enough to be presented with a line-up of five balloon dogs, you’ll be taking home an eye-popping prize of 1,000X your wager. By contrast, three aces or kinds in a row will net you a slightly more modest 3X your bet. The hedgehog (a balloon hedgehog?) is the game’s wild and with the exceptions of the star multiplier and the bonus balloon can take the place of any other symbol. He’s confined to the fourth, third and second reels only, however.

If you happen to hit a winning line that contains a star multiplier, your win will be multiplied accordingly. It’s also possible (if rather rare) to hit more than one multiplier in a single win line and have your multiplier multiplied once again!

The free spins bonus round is accessed by landing three bonus symbols in any position on reels one, two and three. This will see you presented with three balloons, giving you the option of popping just one of them to win the prize inside – up to a maximum of 14 free spins.

To be honest, there’s only really one downside we could find with Balloonies – it’s still only available on mobile! Which doesn’t make a great deal of sense to us as everything about it would make a great desktop game with near-universal appeal. We love it…and we reckon you will too!