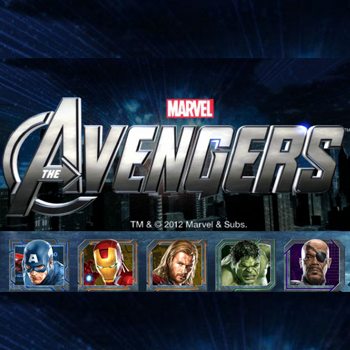 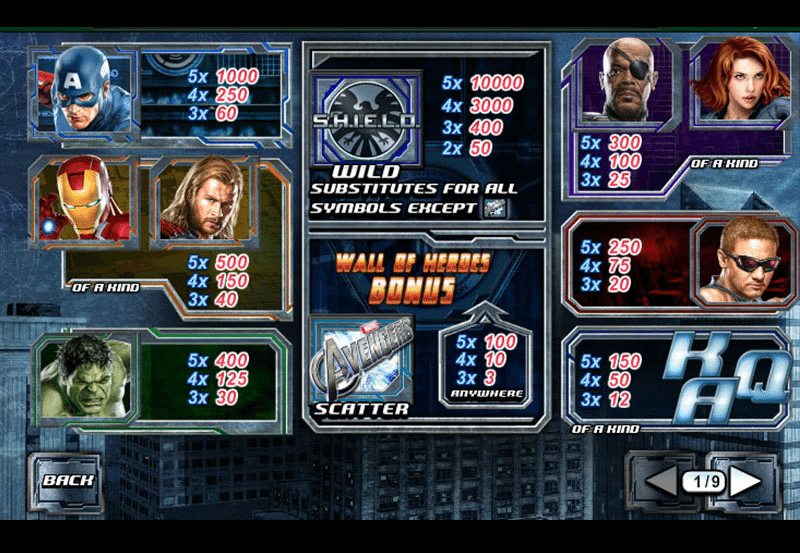 Even if you haven’t yet played The Avengers slot, you’ve heard of it…seen it…and probably been tempted at least to give it a go. It’s very rare for a Marvel-themed slot to hit the market that doesn’t deliver absolutely everything a quality slot should. From visuals to soundtracks to features to bonus games to massive jackpots, it’s pretty much what the entire genre is all about. Which is why it comes as no surprise to find that The Avengers is another dose of the same winning formula!

We won’t be wasting time on the storyline as you know (or at least should know) it well enough by now. And the same goes for the characters too – all of which are present and correct in the form of symbols and additional visual garnishes. The whole thing is nothing short of gorgeous-looking and there’s plenty of scope for customising your bets. Choose how many paylines you’d like to activate from 1 to 25, choose your coin size from 1 to 20 and when you’re just about ready to save the world, hit the button and make it happen!

The lowest payout in normal play comes by hitting a pair of “S.H.I.E.L.D.” logos in any position, which results in a 2X wager payout. Along with being the lowest-paying symbol, the same logo is also the jackpot symbol – five in a row and you’ll be looking at an incredible 10,000X payout. And if that wasn’t enough, it’s also the wild symbol and is good for substituting any other symbol in the game, with the exception of the scatter.

Nick Fury, Hulk, Thor, Iron Man and Captain America – all good for a payout worth 200X your wager.

The scatter symbol takes the form of the Avengers symbol itself and offers access to the ‘Wall of Heroes’ bonus game upon landing three or more. It’s here you’ll be presented with 20 icons, behind which hide a variety of symbols. Match three of our heroes to win free spins and a set multiplier, which varies depending on the Avenger you uncover.

And of course, there’s that biblical Marvel Progressive Jackpot available at all times which appears in four guises Power, Extra Power, Super Power, and Ultimate Power. Elusive they may be, but these really are the kinds of jackpots that offer life-changing payouts for the lucky few!

As already mentioned, The Avengers hits a home run in terms of everything that’s needed to make a truly outstanding slot. The visuals, the sounds, the features, the bonuses, the payouts and the gameplay – all right up there at the highest possible levels. Even if superheroes aren’t your bag, The Avengers slot will be – guaranteed!