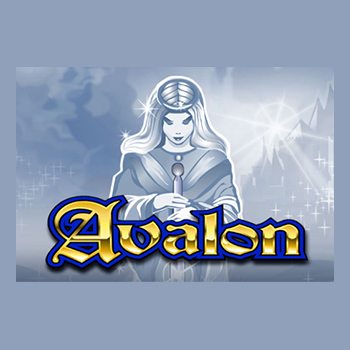 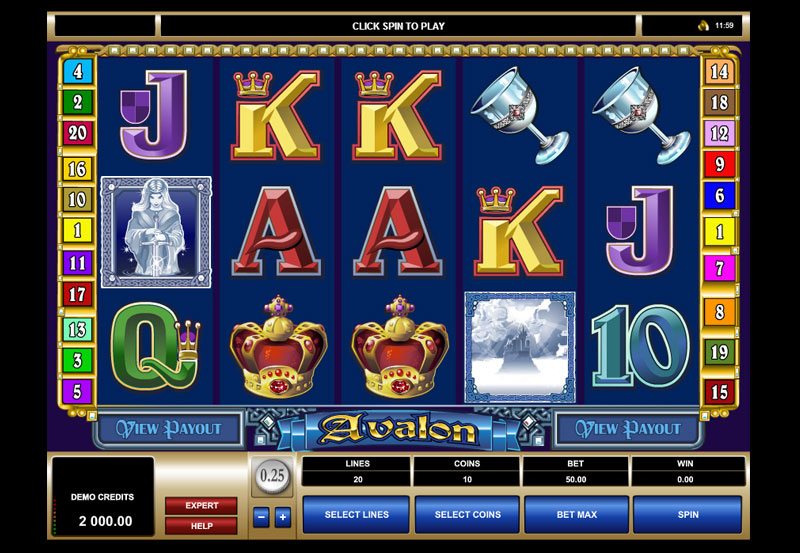 The fact that Avalon first hit the market back in 2006 is both impressive and just the kind of thing that makes us feel painfully old. Seriously – it’s been doing the rounds for a full decade! But what’s even more impressive is the way in which despite the fact that Avalon II joined the party in 2014, its predecessor still has an entirely valid place on the market. It’s managed to hold into its popularity for ten years so far and doesn’t show any signs of wavering anytime soon!

Avalon is said to be the place where Excalibur – the legendary sword of King Arthur – was created. An island of magic, mystery and about a million folklore stories, it’s the kind of place you’d expect to find a fair bit of treasure…and you’d be right!

There’s a generous serving of 20 paylines to play for and coin values start from as little as 0.01. As is usually the case, you’re looking to hit a lineup of three or more matching symbols starting from the left, in order to win a prize in accordance with your wager. Avalon keeps the basics of gameplay nice and simple, focusing more effort and energy on bonuses and special features.

If you’re lucky enough to be presented with five Arthurian crowns, you’ll be looking at a payday of 800X your wager…which is pretty huge! At the bottom end of the table comes three identical playing card values in a row, which amounts to a prizes of 5X your bet.

But what makes Avalon immediately stand out as a slot with way more to offer than most is its three special symbols, which really take things to a higher level.

But even taking these monstrous prizes out of the equation, there’s still much to be said for what Avalon brings to the table. Yes, it’s showing its age a little bit, but to call it in any way dated would be a million miles from the mark.