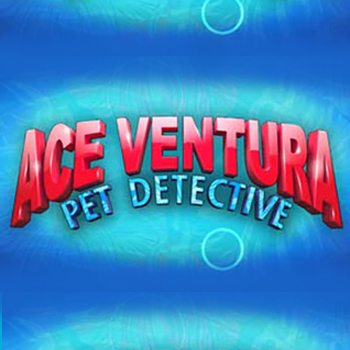 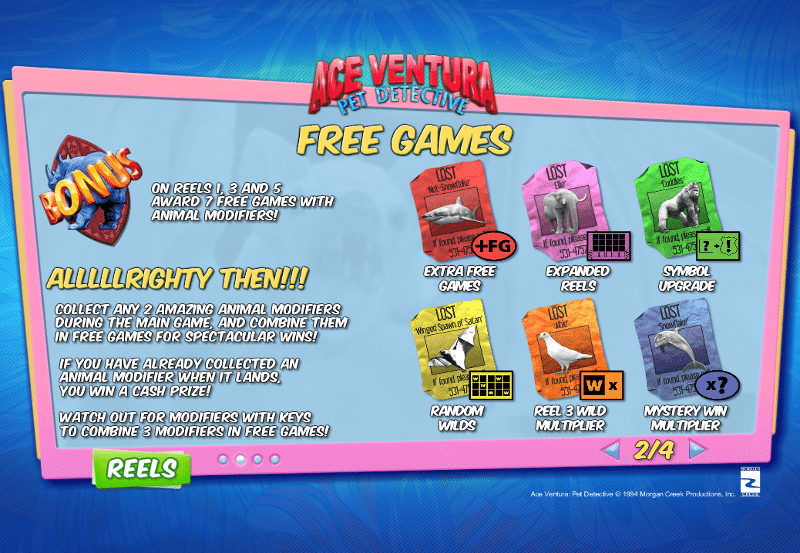 If you are (or were) a fan of the movie, chances are you’ll be won over pretty quick. The slot follows the same theme, style, story and general sense of humour as the 90s flick itself, complete with Jim Carrey taking the lead. Love him or loathe him, there’s no denying he’s a real icon of the era. He’s got just a fortnight to recover the beloved mascot of the Miami Dolphins (a dolphin named Snowflake), only this time – you’re invited along for the ride. Or swim. Or whatever!

Getting down to business, it’s a five-reel slot with a very tasty 243 paylines of which every last one is in play at all times. Play for free, put pennies on the line or push the boat out with more adventurous wagers – there’s plenty of scope to suit all gaming styles and budgets. And of course, there’s a good dose of humour thrown in along the way for good measure.

The highest possible payout during normal play can be scored by landing five Ace Ventura: Pet Detective badges in a row – worth 200X your wager. As for the playing card symbols, hit three identical values in a row to pocket a slightly more modest 5X your wager.

The wild symbol takes the form of Mr. Ventura himself holding a business card, which is good for replacing any other symbol apart from the animal modifier and the scatter symbol. Speaking of which, the scatter symbol takes the guise of a rhino’s rear end (nice). Seven free games are up for grabs by landing scatters on the first, third and fifth reels, during which animal modifier bonuses sweeten the deal even further.

Animal modifier symbols are collected during gameplay, though it’s only the most recent two you picked up that than become live while using your free spins. The six symbols available are:

There’s also the possibility of upping the number of active animal modifiers from two to three, which happens when you come across the rather elusive key symbol during normal play. And if that’s not enough, a further three bonus features can be randomly triggered at any time, namely the ‘Loser’ feature, ‘Sneaky Walk’ feature and ‘Jungle Friends’ feature.

The thing is, if you’ve no time for the movie itself or the man himself, chances are you’re not going to give the Ace Ventura: Pet Detective slot the time of day. But you’d be missing out on something epic as while it might be gimmicky and borderline cheesy, it’s in every way one of the most feature-packed, impressively engineered and generally enjoyable slots ever to join the Playtech catalogue.