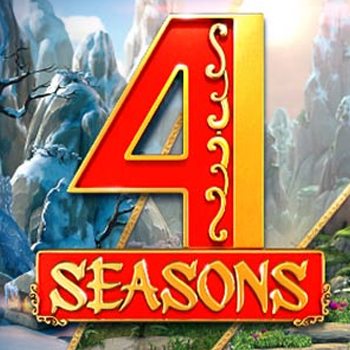 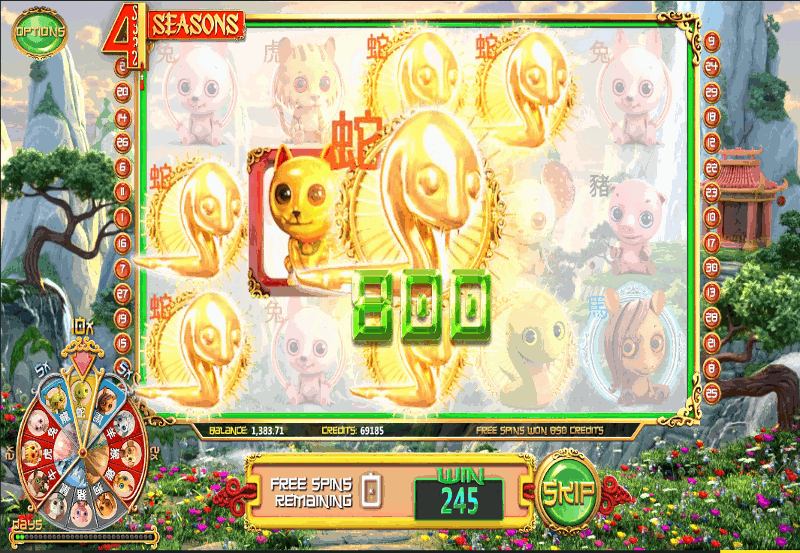 You’d be forgiven for thinking that Betsoft’s 4 Seasons slot would focus on the changing seasons of the year. Visuals with echoes of spring, summer, autumn and winter – something largely centred around nature and the weather. But no…nothing of the sort. Instead, it’s actually all about the 12 animals of the Chinese zodiac, which in this instance are recreated in delightfully cute and quirky cartoon graphics. And if anything about it looks or feels a little on the familiar side, it might be because 4 Seasons arrived in February 2016, not long after Microgaming dropped Lucky Zodiac on the world in 2015.

As already mentioned, the visuals and symbols are all taken straight from the Chinese zodiac. What’s it got to do with the seasons? Well, it all comes down to how each group of three zodiac animals represents a different season of the year. Three animals, three months, one season…you get it? And as you’d have indeed expected in the first place, the animals bring with them a delightful change in the seasons, reflected in the graphics which are in every way one of the biggest highlights of the game.

Quite simple, 4 Seasons is gorgeous!

There are 30 pay-lines to play for in total and you can bet from 0.02 to 1.00. The bet-lines are fixed, so while you can’t choose which to play for and skip, you can decide on both your coin value and how many coins to wager with each spin. Choose your wager, hit the button and see what the future holds for you.

One of the biggest differences with 4 Seasons compared to the norm is its pay table system – it’s like nothing else you’ll come across. In this case, every winning symbol across the board has the same value. Five of the same symbol pays out 50X your wager, four will win you 20X and three is good for 10X. There are also multipliers contained within the symbols that can take wins even further. Multipliers are shown in a wheel to the side of the screen, with values ranging from 2X to 10X. It all comes across as a little complicated at first, but it’s pretty obvious how it all works after a few spins.

Block wins are also valuable, which can multiply your win by a further 10X. There’s a Yin & Yang scatter symbol to keep your eye out for, along with a Golden Cat Wild symbol and the hugely tempting double-up button. Hit this button and you’ll be taken away to a special bonus game, where the flip of a coin (and your prediction) can see your win doubled. It’s an option available with every win and is often borderline irresistible.

On the whole, 4 Seasons is a seriously impressive highlight in the Betsoft collection and does a great job of bringing something new to the table that’s actually worth checking out. It takes a little while to get totally used to the unique system and pay table, but just as soon as you master the basics, you’ll be more than glad you stopped by. More importantly, you’ll also be back for more!