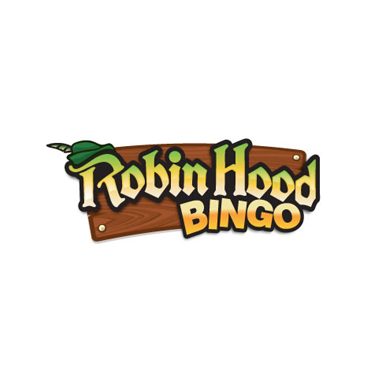 Just to clarify one thing, the answer is no – we haven’t accidentally stuck a bingo review in with our scratch cards site recommendations. It’s just that in some instances, online gaming sites with alternative areas of focus also serve up simply sublime scratch gaming. In the case of Robin Hood Bingo, this once humble bingo site has slowly but surely evolved into one of the most popular and impressive gaming sites on the web. But what’s all the more impressive is the way they’ve done it all by focusing on unbridled simplicity. Read on for Casino Papa’s no-holds-barred rundown of what’s on offer!

Overview
Having been on the market since 2012, today’s Robin Hood Bingo really doesn’t look a thing like its prior self. Once again, 2017 saw the development team behind Robin Hood Bingo go about an enormous overhaul, completely changing its appearance and mechanics from top to bottom. But unlike the efforts of others to accomplish the same, Robin Hood Bingo really did emerge bigger and better than ever before. Still holding onto the simplicity and playability that earned it such a strong reputation in the first place.

Site Summary
It’s hard not to be won over by the light-hearted visuals and beautifully colourful theme that greets you on the homepage. Robin Hood himself and Maid Marian are both present and correct, buried up to the waist in gold and smiling like Cheshire cats. Unsurprisingly, the predominant focus on the homepage is the current welcome bonus offer and available slot games. It seems that regardless of whether a site specialises in bingo, scratch cards or anything else, slots always take centre stage.
Then again, they are the biggest money spinners by a wide margin!
As for what we particularly like about Robin Hood Bingo as a scratch cards website, there are currently 14 scratch cards available with huge jackpots to play for. With themes and card prices to suit all tastes and pockets, there isn’t really much else to say about what’s on offer – all outstanding across the board. What’s more, the vast majority of games at Robin Hood Bingo – including many scratch cards – can be played in demo mode before handing over any real money. Plus there’s no requirement for crediting any money into your account to sign-up in the first place, meaning there is nothing to lose by taking out what’s on offer.

That said, credit at least £10 to your account when signing up and you’ll qualify for a £20 bonus with the promotional code ROBIN. Not to mention, 100 free spins to play with. No free scratch cards, but still an extremely appealing bonus offer with wagering requirements of just 3X. The way we see it, modest bonus offers with minimal wagering requirements are far better than OTT bonuses that need to be played through 35X or 50X. On top of this, you’ll also receive an undisclosed mystery bonus on your second deposit, there are free bingo games available every day and a daily £250 jackpot available for an entry fee of just 1p.
In short, the games are fantastic, the welcome bonuses great, mobile experience is top notch and there are huge prizes to play for. But what really gives Robin Hood Bingo its edge over the competition is its public approval rating and general reputation.
First and foremost, these guys have an almost flawless Trust Pilot rating. Actually finding genuine and authentic negative reports on the way Robin Hood Bingo does business is a predominantly fruitless endeavour. In addition, rather than presenting a list of (often) made-up winners’ names to encourage you to dive in, Robin Hood Bingo publishers full colour pictures of those who have struck it lucky. Not to mention, current reviews and recommendations from existing customers, along with evidence of a five-star Facebook rating with more than 23,000 fans.
Topped off with 24/7 customer service of the highest quality and exceptional site security…well, there’s not really a great deal else to say about Robin Hood Bingo!

To be honest, it’s the overall confidence and peace of mind you have while playing with Robin Hood Bingo that sets it apart from the competition. No frills, no unnecessary extras and absolutely nothing to worry about – just pure gaming bliss! Which more than makes up for the fact that there isn’t a huge collection of scratch cards available.

On the whole, it would be impossible for us to give Robin Hood Bingo anything but our total recommendation and approval. If you’re looking for a simple yet enjoyable experience that ticks all the right boxes, that’s exactly what you’ll find. Particularly if you happen to favour honesty, transparency and customer care above all else.