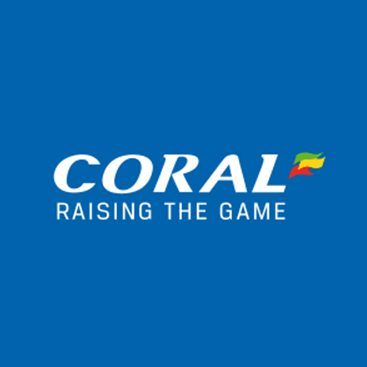 To call Coral Poker a household name in the United Kingdom would be something of an understatement. In fact, with only the likes of Ladbrokes and William Hill ahead of them, they pretty much lead the charge with an extraordinary variety of gaming and gambling services. Which technically speaking should be more than enough to instil confidence in anyone thinking of checking out Coral Poker for the first time. But as we’ve learned over the years, being fantastic in sports betting and bingo circles doesn’t necessarily mean you can cut the mustard when it comes to poker. Is Coral worth checking out?Read on for all the details from Casino Papa.

Overview
Sports betting may be the original primary focus of Coral, but the brand has been branching out massively and at spectacular speed over recent years. Which in turn means it was only ever going to be a matter of time until Coral Poker emerged, so now that it’s here and we’ve had plenty of time to put it through its paces, how does it stack up?

Site Summary
Taking a look at Coral Poker as a site in its own right, as opposed to in a comparative sense, there’s definitely plenty to like. The familiar bright blue colour theme certainly works well, while the overall site design has been kept at least relatively simple to avoid confusion. Signing up is as easy as it has always been and opening up a single account with Coral grants access to each of the brand’s online gaming assets, of which there are quite a few. The software appears to keep things moving seamlessly, it’s colourful while still professional and there’s a genuine depth to the site which is pleasing.

As always, newcomers to playing Coral Poker online will have all manner of special deals and bonuses waggled in their faces, which might come across as too good to be true. One extremely clever approach Coral has taken to certain special offers is the way in which they provide access to various goodies linked with other Coral services. By signing up as a newcomer with Coral Poker for example, you may have the opportunity to win a free sports bet. There are also plenty of opportunities to score seats at an array of highly prestigious poker tournaments – one example at the time of writing being the 2016 Irish Poker Open.

£20 of tournament tokens are handed out to newcomers upon depositing cash for the first time, which can be extremely useful. There’s also the offer of up to £200 in initial deposit match bonuses, though the attached terms and conditions are just as steep as they are elsewhere.

Getting down to business with the actual gaming, standard Texas hold’em is of course the primary draw and the most popular game by far, but Omaha, Razz, Seven Card Stud and Five Card Draw are also available. Having recently partnered with iPoker, traffic volumes have taken an enormous step in the right direction at Coral Poker, though still don’t exactly compare with those of key rivals. As a rule of thumb, think daily averages of around 8,000 unique players – more than enough to keep the action moving, though often rather on the weak side during off-peak hours.

Back on the positive side of things, the mobile application Coral Poker recently launched is absolutely outstanding in every way and offers fantastic compatibility across a wide variety of devices. There’s a VIP loyalty program available for those who intend to take their poker playing seriously, Speed Poker is brilliant for those who prefer not to waste their time on lousy hands and the number of regular competitions catering to players at all levels is commendable to say the least.

On top of this, relatively extensive testing has shown that the customer service team at Coral Poker is a genuine credit to the brand and seems to be able to handle pretty much anything thrown its way. Deposits and withdrawals are handled extremely promptly, security measures are world-class and we cannot help but love a poker provider that accepts PayPal!

Best of all, the free Poker Academy shows a real regard for new poker players which is both rare and commendable.

Best Features
Along with the gorgeous way the site is presented, we personally believe that best thing about Coral Poker is its commitment to safe and responsible gaming. The Poker Academy is first rate and there are always endless tables, tournaments and other competition open for newcomers and amateurs.

Conclusion
The way we see it, Coral Poker is never going to take over as the biggest name in online poker – nor is that its intention. What Coral Poker brings to the table is a welcoming, accessible and hugely enjoyable alternative to some of the bigger-brand poker sites out there, which on the whole adds up to a surprisingly gratifying experience. Even if just to check out what’s on offer, it’s worth heading over and having a gander.